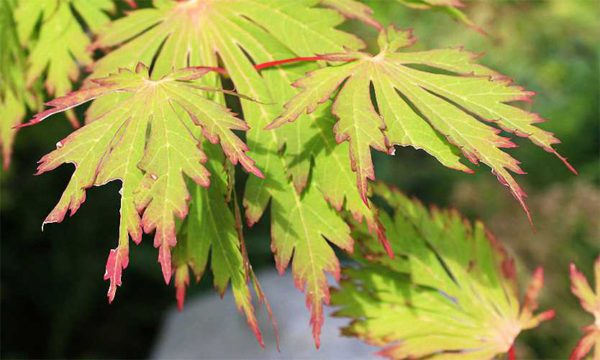 Acer japonicum Aconitifolium, also known as Full Moon Maple, develops from a sturdy bush, and can grow to a small or medium sized, multi-stemmed tree. The broad crown eventually becomes rounded in form and the relatively large leaves have deeply dissected lobes. Despite the sturdy leaves, Aconitifolium does not have a heavy appearance. The matt, mid green foliage turns brilliant yellow and orange to deep, dark red or even purplish red through the seasons. Aconitifolium is an old, Japanese cultivar that is sold under a variety of synonyms. The tree became so widespread in Europe that the European cultivar name Aconitifolium gained preference over the Japanese name ‘Maiku Jaku’, which means ‘dancing peacock’. 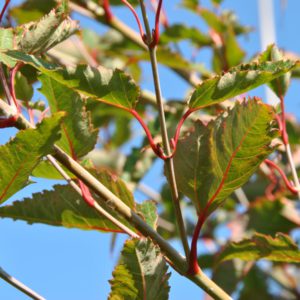 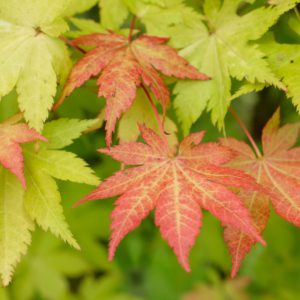 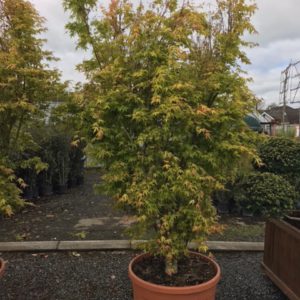 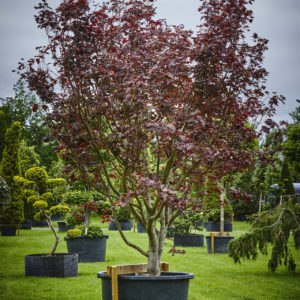